English
El Raval
Turn into a local for some days and take a stroll in your new neighbourhood!
Recommended siteseeing Foodies Nightbirds Entertainment Alternative offer

El Raval is one of the most vigorous, peculiar and multi-cultural neighbourhoods in Barcelona. Its denomitation originates from the slums of the medieval walls of Barcelona. In the tortuous alleys of this bustling neighbourhood that extends between La Rambla, La Plaza Real and the beach, Barcelona’s counterculture is fused with its current cosmopolitanism.

At El Raval, Barcelona remains in its purest state. There you will find the best restaurants, the most up-to-date concert halls, the coolest nightclubs, and probably the most decadent and authentic cuchitril bars of Barcelona. By day and by night, El Raval emerges as a set of colourful contrasts in Barcelona’s medieval heart.

The Gothic Quarter and El Raval are the soul of Barcelona. Twenty steps from our hotel, are scattered the streets of Ciutat Vella and La Rambla, the most acclaimed and busy avenue in Barcelona... But Barcelona has much more to offer. We review below a series of sites and invite you to discover them during your walk. They are worth it! 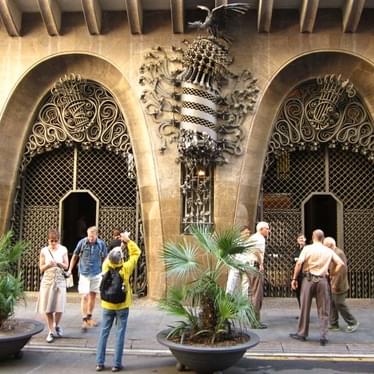 One of the most iconic Gaudí monuments, though not everything in it belongs to the consecrated architect. An imposing mansion where every architectural or design detail is relevant. Its roof chimneys were coated with the first trencadís Gaudí ever created. The same pattern was later repeated in his other constructions. 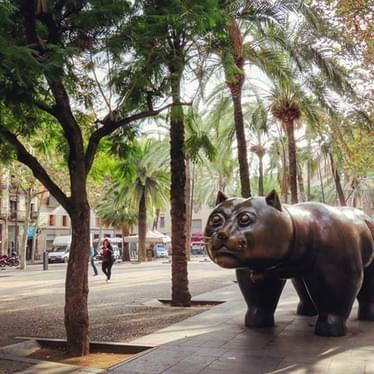 Less touristic but considerably more bohemian than La Rambla, La Rambla del Raval allows for some light to enter in the heart of El Raval. In this avenue, flanked by giant palm trees, you will find quiet terraces where you can have a coffee under the sun. Do not miss Fernando Botero’s famous cat sculpture. 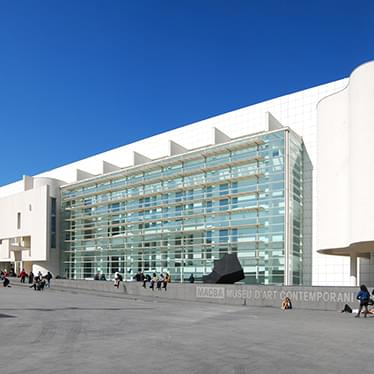 Situated next to each other, these two cultural centers host temporary art exhibitions, alongside their fabulous collection of contemporary art. 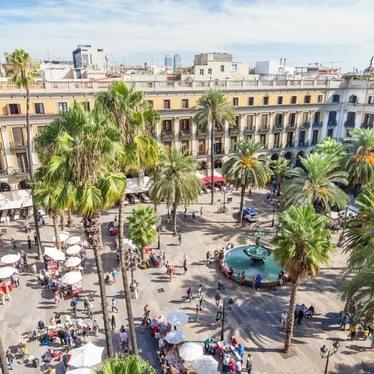 Few places tell the history of Barcelona like La Plaza Real. This emblematic square is a busy spot twenty-four hours a day. Restaurants, cafes, bars and shops coexist under the arches of noble 19th century buildings. It is worth delving into its ambience. Take a close look at its lanterns, work of Antoni Gaudí.

Hungry not only for knowledge? El Raval is a labyrinth of great bars and restaurants that not only fill the stomach but also give a delight to the palate. Needless to say, everything is a matter of taste and budget. Below we provide you with a few places located close to the hotel. 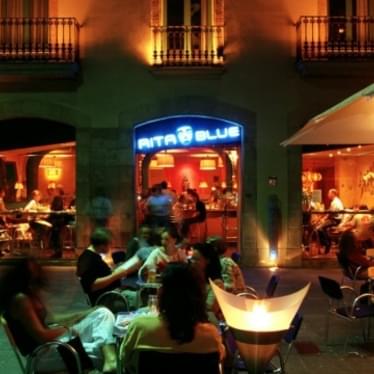 Variety of Mexican and Mediterranean dishes. Vegan friendly. Affordable prices. Tiny terrace located in the heart of the neighbourhood. 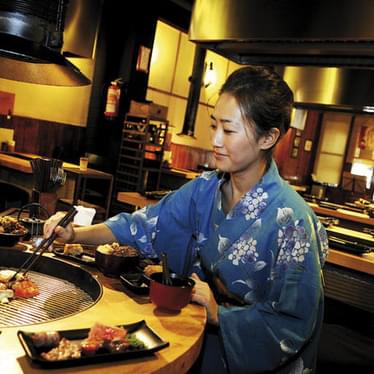 Delicious and cosy Japanese restaurant specialising in "sumiyaki" (charcoal barbecue). Menu is always served for two, including its famous veal. Ideal for couples. Booking in advance is essential. 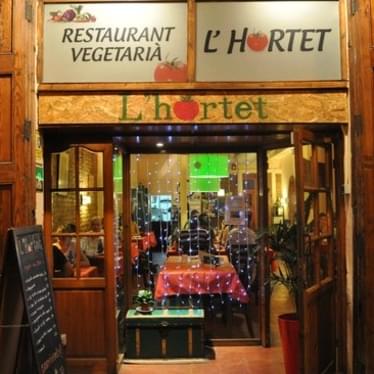 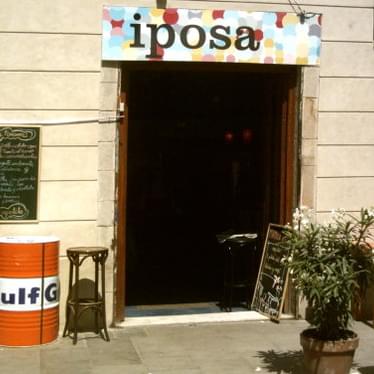 Dishes bursting with Mediterranean flavours. Lunch menu at 9 € and tiny terrace under the sun on a small square. Authentic neighbourhood atmosphere.

If you land in Barcelona in the mood of living la noche loca and sleeping during the day, you have made the right choice: El Raval is the most naughty and popular place in Barcelona. A swarm of authentic bars and emblematic nightclubs. Here are some of the most acclaimed ones. 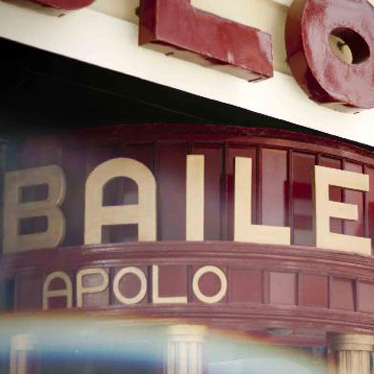 Historical club of Paral•lel which holds concerts and parties almost every day of the week. With more than thirty years of trajectory, it is the place of reference for those who wish to dance until the early morning hours. 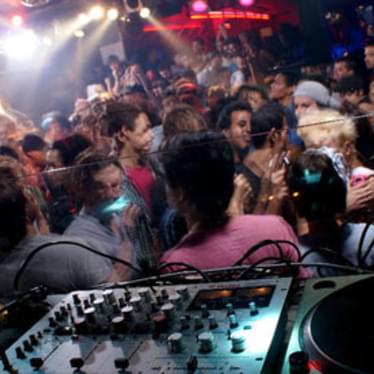 One of the most mythical techno clubbing venues of Barcelona. Its tiny size is recompensed by its fame. 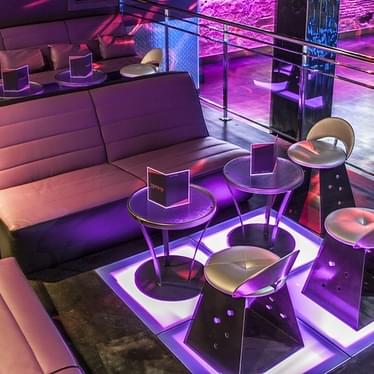 Mainstream pop-rock club. A place to party during the whole night. 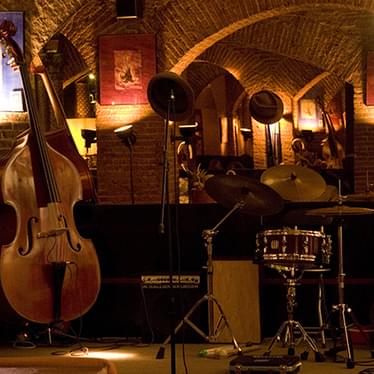 The most emblematic jazz club in Barcelona, two steps from the buzz of La Plaza Real. A temple of jazz where good life music is always present.

Barcelona enjoys a lively stage scene. Five minutes away from the hotel, you will find yourself in Paral·lel, Barcelona’s "Broadway". There you can attend both "burlesque" shows at El Molino and the best theater venues. Heading now towards Las Ramblas, do not miss to pass in front of the Gran Teatre del Liceu or the Palau de la Música, two classic opera and concert theaters worth a visit for their sheer architectural beauty. Below you can find a series of detailed reviews. 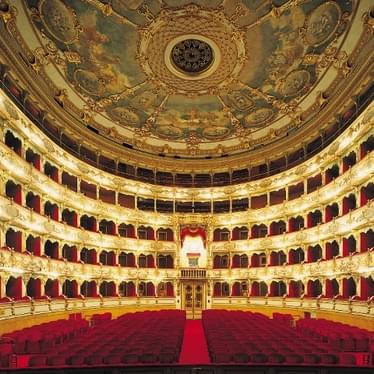 A feast for the eyes, this theater has been since 1847 the place of reference of the Catalan operatic scene. Its majestic decoration is worth a visit. A classic meeting point among the members of the Barcelona burgoise. 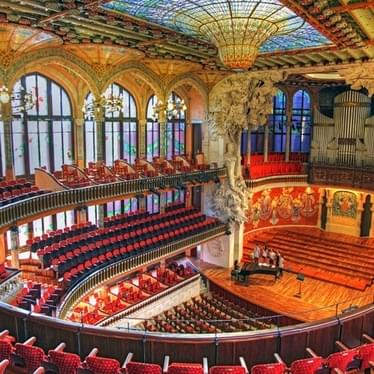 Declared a World Heritage Site, the Palau de la Música is the "pearl" of Catalan modernism. It is worthwhile to visit its interior, even outside concert hours. Its program promotes chamber and classical music but also a contemporary repertoire. 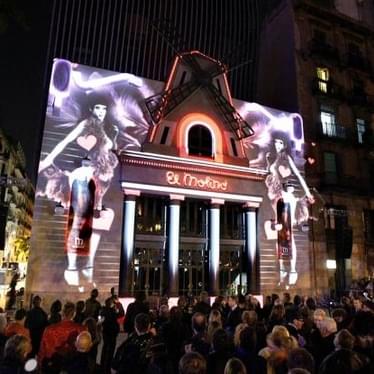 Recently remodeled, the legendary theater of El Molino has managed to re-emerge from its ashes and update its anachronistic varieté shows. Its current program includes "burlesque" shows with quality and elegance. A classic venue, offering an unforgettable experience. 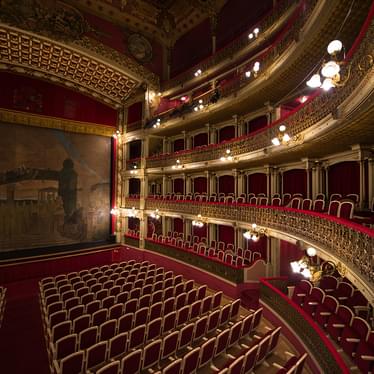 One of the most famous and beloved theaters in Barcelona. It offers a solid program by first category directors, which has earned it an exceptional reputation. A place of reference in the artistic world of the city.

Barcelona is always stimulating. There are a thousand things to see, do, and visit. However, to those who already know the city quite well and are eager to discover something different and singular, below is a series of Barcelonese at heart but still relatively unknown proposals. All of them are very close to our hotel. 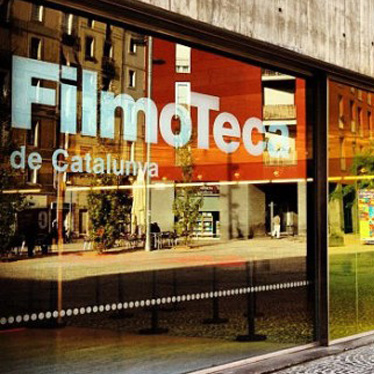 Watch a film at la Filmoteca

Barcelona’s cinéphile temple. An intellectual corner in the heart of Raval addressed to the lovers of author cinema, great classics and indie films. 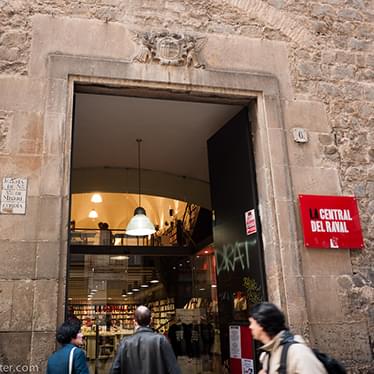 One of the best bookstores in the city and probably in Europe. Housed in an old church, La Central del Raval covers three floors and features a broad editorial selection. A marvellous place to delve into a universe of reading and serenity. 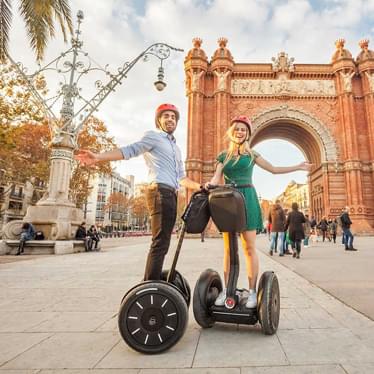 This is undoubtedly an amusing way to discover Barcelona’s gems. Sometimes it is too tiring to try and discover a big city on foot… 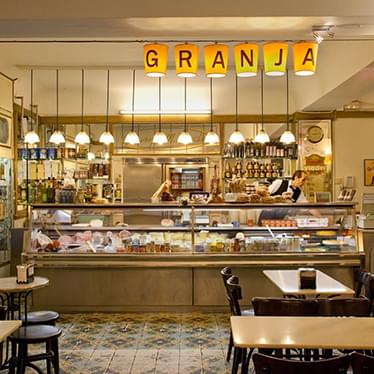 Take a chocolate a la taza at la Granja Viader

This old “granja” has been serving dairy products and chocolates since the early 20th century. Illustrious figures of the Catalan cultural world and bourgeoisie have frequented its marble tables.